Similarly, to previous Romanian national elections, this year I also decided to collect and visualize the public opinion polls conducted in the run up to the next parliamentary elections in December 2020. The post below shortly presents an overview of all national polls since January 2017, except the ones conducted in the context of the 2019 European Parliamentary Elections. For now, it’s just a list of bullet-points to help interpret the figures.

This is an interactive figure, use your mouse to zoom in on certain regions to select periods or parties. To see the source of an individual poll, hover over any data point.

These are the six most recent polls:

Since the 2019 Presidential Elections

Zooming in on larger parties 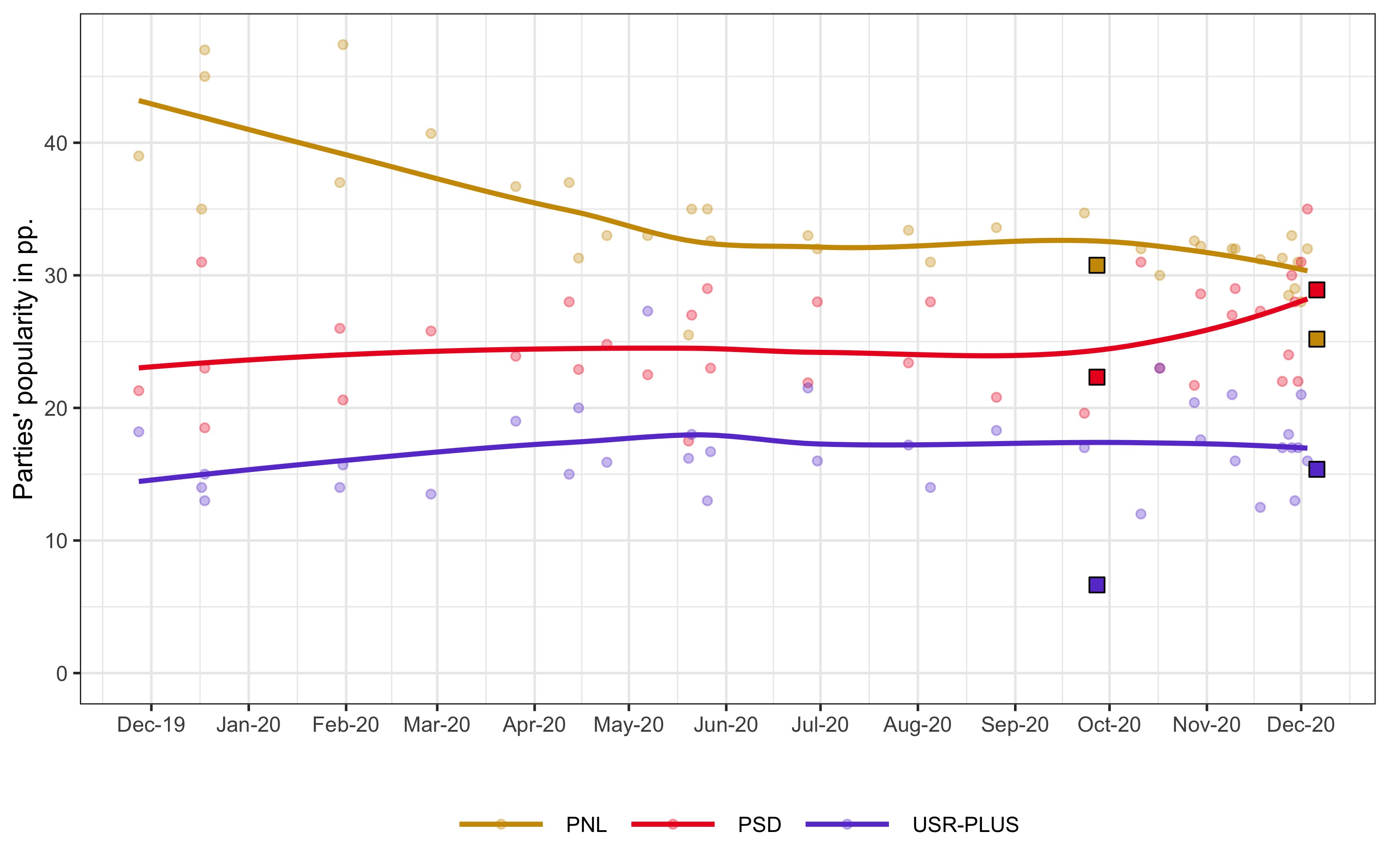 Zooming in on smaller parties

The popularity of the smaller parties since the 2019 Presidential Elections